The golden age of steam

July 10, 2007
In July 1867 a railway line was opened running from Penrith (at the foot of the Blue Mountains) and terminated at Wentworth Falls (then called Weatherboard) about half way up.

The first railway stations were near popular inns and quickly became the places where mountain townships grew. With the railway being so central to our towns and their history, it seems a perfect time warp when the 3801 steam train takes a tour along the line. The toot of the steam whistle in the distance is sure to draw us out of our houses to watch and wave as it passes through or to join the photographers chasing it up the line. 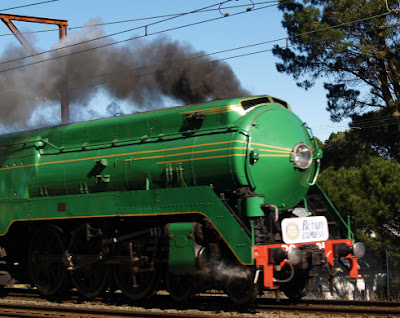 Words to walk with:
From the lyrics of the song 3801 written in 1987 by Ray King and Ron Russell
You can listen to the song at the unionsong.com website. 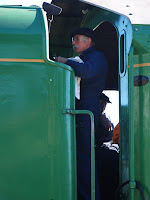 “In the golden age of steam
There lived a beauty queen
Roamin' around the countryside
She was a driver's dream.
Workin' days and workin' nights
Up before the sun
They all tried hard to get aboard
Thirty-eight o one.

The queen of all the fleet
The railway's pride and joy
To ride upon the footplate
Was the dream of every boy.
As she went roarin' by
on another express run
Everyone would turn their heads for
Thirty-eight o one.

Ah thirty-eight o one
You stood the test
you're still the best
You just keep rollin' on. " 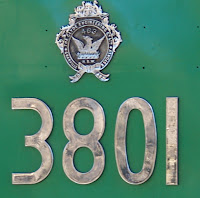