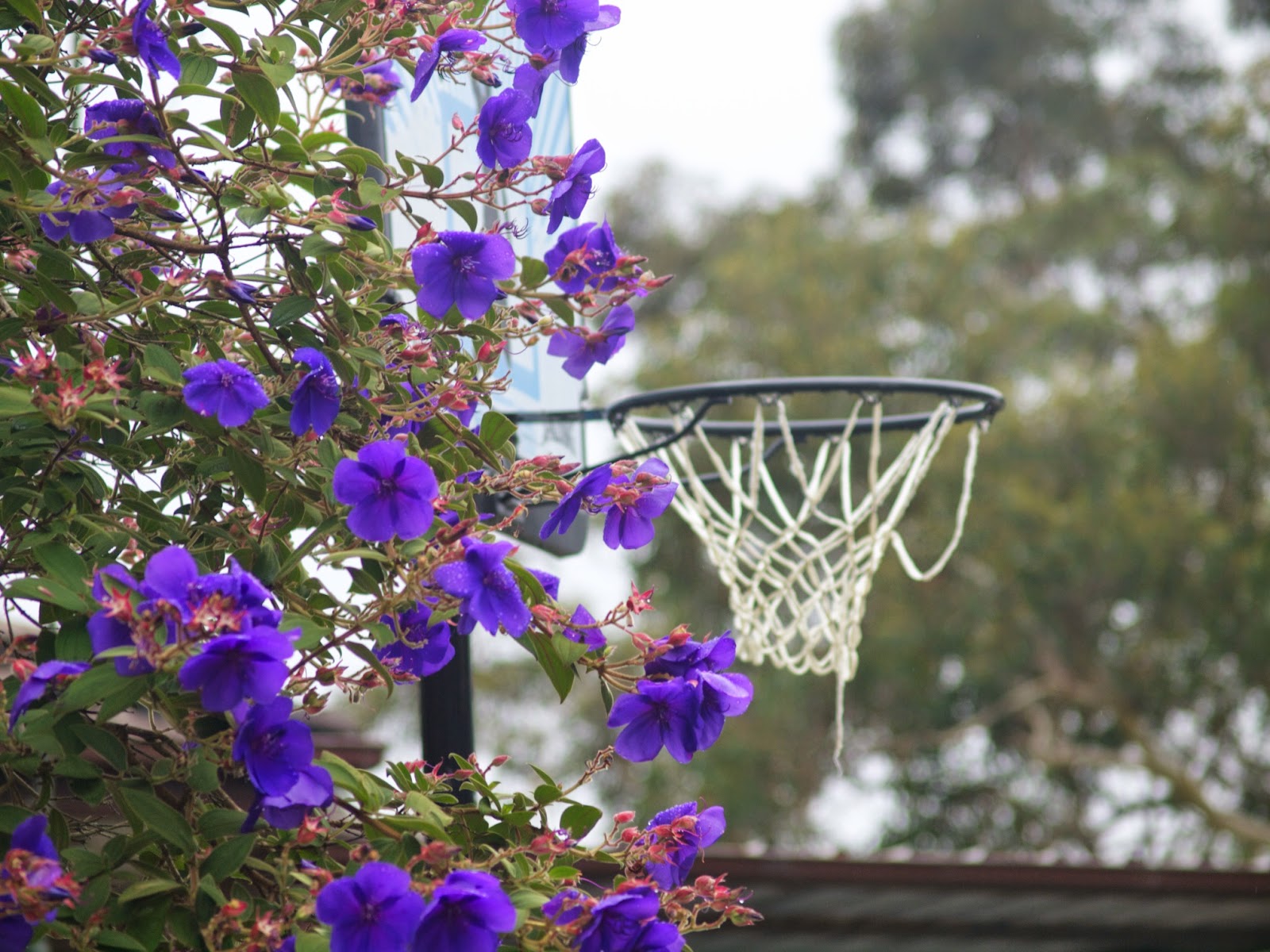 The pretty purple flower is a Tibouchina which blooms in late Summer and Autumn.


As I walking along I was thinking of the bird house I showed yesterday as being an American type thing, then saw this at the next house which is something you see in American movies, a basketball ring in the driveway.

I remember when we were kids we called this type of basketball "American men's basketball" as opposed to the type of basketball that girls played which is now known as "netball".  But I just realised the netball usually has no net on the ring and basketball does ... so go figure.