The story of the anvil 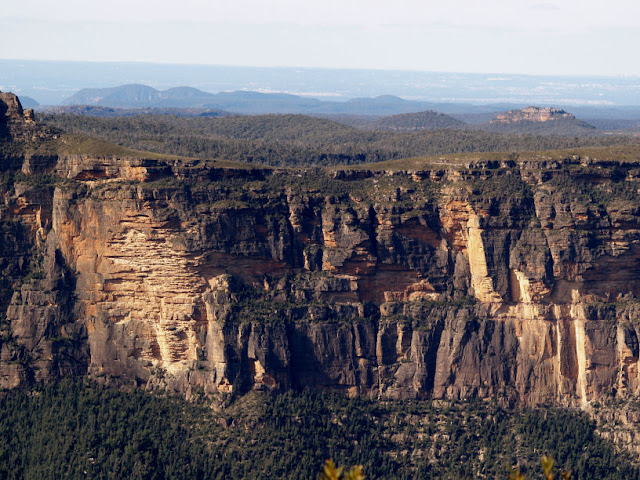 Please admire the cliff faces viewed from Anvil rock while I tell you the story of the anvil.

It was named Anvil Rock in 1938 because of its shape. In 1948 an ardent bushwalker who was company secretary of a company that made anvils donated the anvil. It's a heavy thing that took 4 people to carry it and set it in place. Then the plot thickens. In the 1970s it disappeared, presumed to have been thrown over the cliff. Search parties were sent out to look for it to no avail. Then in 2005 when a rescue sqaud was recovering the body of a person they saw the anvil among the trees at the base of the cliff. In 2008, a joint effort of the Parks and Wildlife Service, Blackheath Rotary, local police and community members recovered the anvil and set it back in it's place.

I remember reading about the recovery in the local newspaper last year and found the full story at the Blue Mountains Local studies site.