June 09, 2008
The Hydro Majestic is an iconic Blue Mountains hotel perched on the cliff edge at Medlow Bath. It's unusual architectural style results from it starting life as three grand buildings -- one by Edward Hargraves,the man who found gold west of the mountains, another the Belgravia Hotel and the third was Tuckers house. In the early 1900s the famous Sydney businessman Mark Foy joined the three properties to create a health resort.

Mark Foy added the Casino Building, which apparently meant a hall or pavillion rather than a place for gambling. 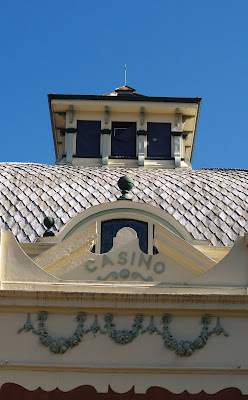